The first idea behind PyData Amsterdam came to Vincent, and later became a reality when Giovanni ambushed the Numfocus director at PyData London and tricked her into believing it was a good idea.

Then the difficult task to find a committee began, because to follow someone crazy, you need to be even crazier! But in Amsterdam everything is possible, so here they are!

A long-time Python user and advocate, Gabriele enjoys using statistical and computational methods to look for patterns in large amounts of data. Prior to joining GoDataDriven, he did data science in ad-tech at Improve Digital. Before that, he held positions in Academia and Industry where he did research in machine learning and artificial intelligence. Gabriele is a speaker at both local and international events. He is the co-author of Learning Hadoop 2, published by Packt.

Trained in statistical physics, Melanie loves to find insightful patterns in data. She helped to model and understand data from biology experiments at Harvard University before joining Booking.com as a data scientist in 2014. At Booking.com, she transforms terabytes of data into recommendations for fun holidays. But no matter whether her data comes from physics, biology, or human behavior - Python is her data wrangling and algorithm tool of choice. 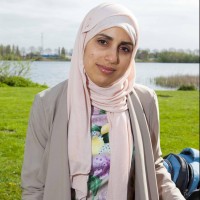 With a background in particle physics, still has a weakness for Data analysis. She also organized together with the municipality of Amsterdam OpenData 101, to raise awareness to the need for transparency of governments and the role of open data in this process. During her research years at CERN, she grew fond of the python language and is now a full time python Django developer at the Sanoma media company. She also likes to promote the language among others and started together with female developers the Dutch PyLadies chapter. 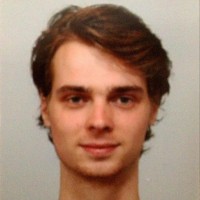 It was love at first sight when Marcel got his first computer. From the age of 12 he started programming websites, and numerous programming jobs followed. His entrepreneurial spirit resulted in not only his first company at age 15 with 10-20 fellow students, but also working at start-ups like Phusion, co-organizing conferences, and occasionally organizing meet-up R training sessions with Vincent.

During his BSc. in computer science, programming in different languages like Python, Java, C++, Haskell turned him into a polyglot. While taking courses in Big Data, Machine learning, GPU programming and more, he developed his love for data.

Currently, Marcel is finishing his Master degree in computational sciences where he learns to model complex systems. He also got a part-time position as a data-scientist/researcher at KPMG Global.

Prior to GoDataDriven Vincent obtained a Msc in Econometrics, Operations Research and AI. He feels the world will be a better place if people use data effectively, which is why he gives free lectures/sessions to people who want to get started with open source data analysis in Amsterdam. He is fluent in python, R and javascript and even dabbles with scala, julia and Clang from time to time.

With his roots in Eindhoven, Amsterdam, New York and Cupertino he is well at home with many flavours of technology companies. Currently he does a lot of research on learning algorithms and helps companies to become truly data driven. The intersection of the algorithm and the use-case is of the most interest to him.

Nowadays, Vincent is a data scientist at GoDataDriven, preferred training partner for Rstudio and a frequent speaker at Python conferences. He is especially well-known for his talks on how to hack around with video game data and algorithms that generate pokemon names.

Giovanni arrived at GoDataDriven because the firm, although small at that time, made him an offer he couldn't refuse, stealing him from the Software Quality department of KPMG. A theoretical Physicist by trade (he claims he once received the title Doctor from Leiden University for his outstanding research in that field), he is now active as shoe designer.

He was once offered the Chief Science position at the Nutella R&D department, but as he realized that the answer to all Nutella R&D projects was "Make more Nutella", he politely passed on the opportunity.

In his spare time he wonders how spare time looked like before he had four kids, reads, travels, smokes the pipe, and makes limoncello.