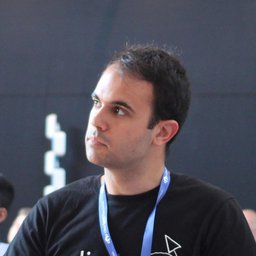 Juan Luis Cano is an Aerospace Engineer with a passion for scientific computing, applied math, programming, education, and outreach. He works as Developer Advocate at Read the Docs, where he works with scientific projects to improve their documentation. He has worked as a software engineer in the space, consulting, and banking industries, and as a Python trainer for several private and public entities.

Apart from being a long-time user and contributor to many projects in the scientific Python stack (NumPy, SciPy, Astropy) he has published several open-source packages, the most important one being poliastro, an open-source Python library for Orbital Mechanics used in academia and industry.

Finally, Juan Luis is the founder and former chair of the Python España association, the point of contact for the Spanish Python community, and former organizer of PyCon Spain, which attracted more than 800 attendees in its last in-person edition in 2019.

Document your scientific project with Markdown, Sphinx, and Read the Docs